This article provides guidance for the management of mood disorders, based on scientific evidence and the expert opinions of psychiatrists. The article describes how depression is diagnosed and the recommended treatment pathway, including the use of TMS, in Australian patients. The recommendations in this paper are used by doctors to treat patients with mental health conditions. 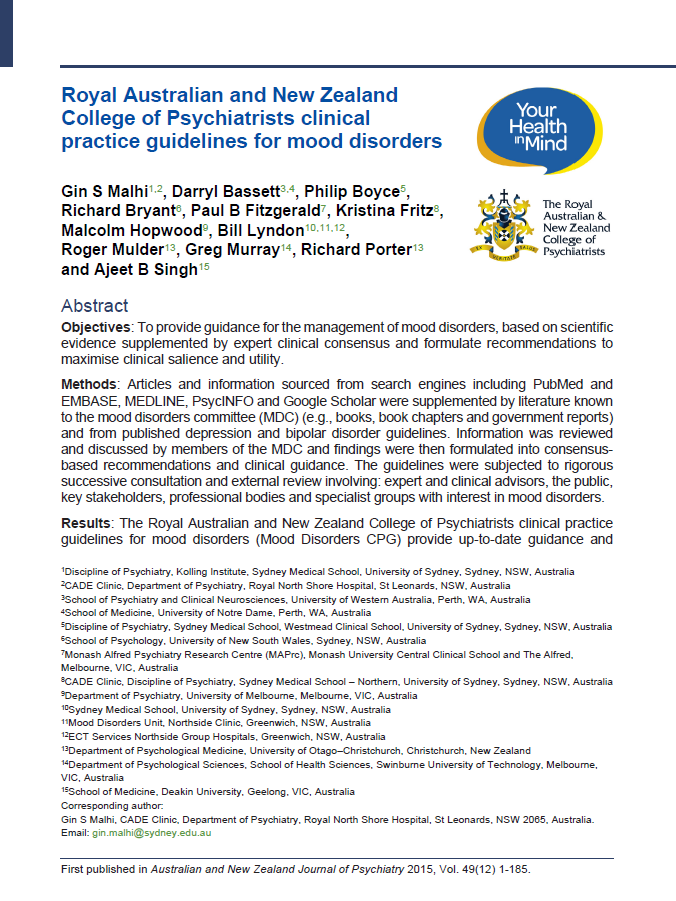 This study followed up patients enrolled in Dr Carpenter’s 2012 study for a duration of 1 year.

The results show that with appropriate maintenance the effects of TMS last for at least 1 year in 71% of patients who enter remission, and in 62% of patients who respond. It also shows that if a patient relapses after a course of TMS, they have a very high chance of benefitting from another course of treatment.

At 6 weeks, TMS is superior to sham and to most other treatment options for depression

This paper describes a very interesting systematic review and network meta-analysis exploring interventions for treatment resistant depression including TMS, ECT and various pharmacological interventions. The authors reviewed a total of 31 randomised controlled trials across all three intervention types. Perhaps not surprisingly given that the authors were predominantly from the pharmaceutical industry, the benefits of several antipsychotic drugs were highlighted in the abstract. However, this really misrepresents the findings within the paper which are far more in favour of non-pharmacological treatments.

In particular, when looking at remission and response rates, especially those at four and six weeks (compared to at two weeks), TMS came out looking far and away the most effective treatment intervention. For response rates at four weeks, aripiprazole, ECT and TMS were seen to be effective but the response rates were greatest with TMS. At six week assessment, only TMS demonstrated response rates that were statistically significantly greater than placebo stimulation. 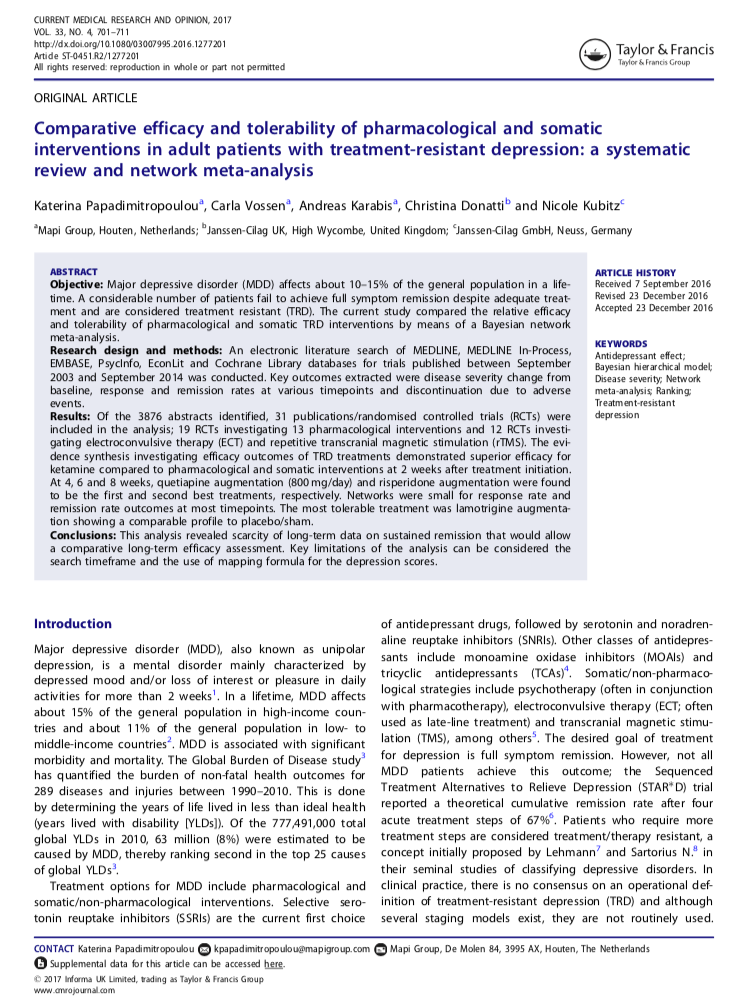 Research into the use of rTMS for the treatment of patients with depression has now been conducted for over 15 years. The aim of this article was to review the development of rTMS treatment for depression and the current state of evidence supporting its use. The vast majority of the trials conducted on the technique have evaluated the efficacy of high-frequency rTMS applied to the left dorsolateral prefrontal cortex using a set of parameters very similar to those originally described in the mid-1990s.

TMS is an effective treatment for major depression, resistant to medication

In this study from 2012, Dr Carpenter and colleagues used TMS to treat patients with major depression. Those patients who did not benefit from one or more antidepressant underwent 30 sessions of TMS over a 6-week period. Clinicians assessed the effects after completion and found that 37% of patients entered remission, and 58% responded. Overall, the treatment was very tolerable and patients adhered well to treatment. 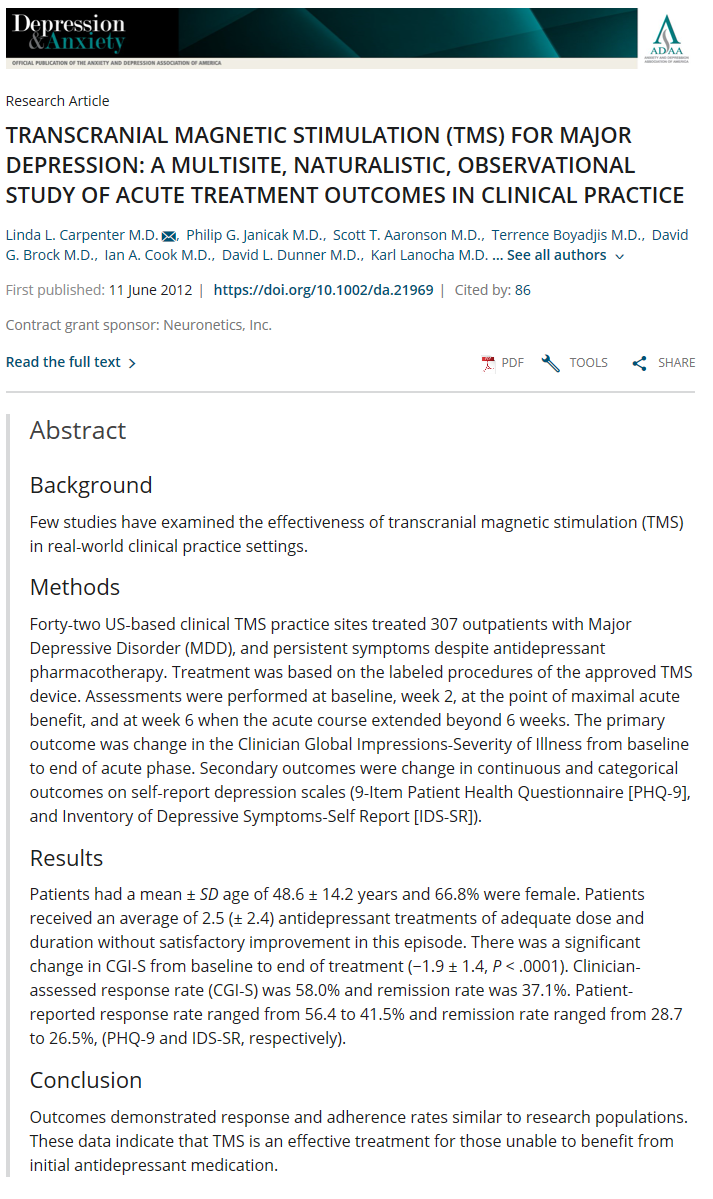 Prof. Paul Fitzgerald was interviewed on the ABC and shows you what is involved in a TMS treatment session